With guest artists I Nyoman Windha, I Gusti Agung Ayu Warsiki, and I Ngurah Kertayuda 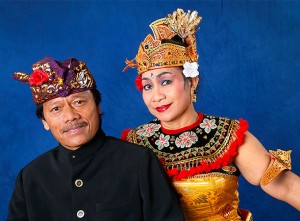 Tunas Mekar, under the direction of Artist-in-Residence I Made Lasmawan and Ni Ketut Marni, is honored to present a very special concert featuring I Nyoman Windha, one of the leading musicians and contemporary composers of Balinese gamelan music, his wife, dancer I Gusti Agung Ayu Warsiki, and dancer I Ngurah Kertayuda.

Pak Windha will join us in presenting the Colorado premiere of his piece Jagra Parwata, along with the dances Oleg Tambulilingan, Baris, and Condong and instrumental pieces Ujan Mas and Sekar Gendot performed using the modern Gamelan Semaradana orchestra, unique in that it incorporates multiple musical scales within one orchestra. 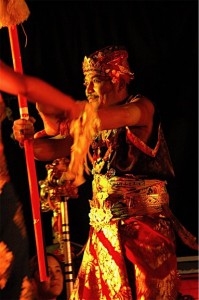 Pak Windha is one of Bali’s premier composers and is widely-known for creating works that are admired for their melodic beauty. “Jagra Parwata” refers to “the awakening skills of young musicians in the mountain village of Munduk.” He has taught music at Institut Seni Indonesia (the National Institute of the Arts) in Bali since 1982 and has participated in numerous international tours and festivals. Since 1983, he has created more than 70 original compositions, all of which have been performed by groups in Indonesia, the U.S. and Europe. I Agung Warsiki, a dance teacher and performer in Indonesia and the U.S., has accompanied her husband to the U.S. in support of his current fellowship at College of the Holy Cross. I Gusti Ngurah Kertayda has taught and performed traditional and modern dance and gamelan both nationally and internationally since the 1970s. From 1989 to 2012, he served as the artistic and choreographic dance director for the Indonesian Consulate General of Chicago.

RSVP to the Facebook Event and invite your friends!

Tickets are $15 for adults, $10 for students/seniors and children 12 and under. All tickets are general admission. Tickets will be available at the door and may also be reserved by calling our ticket line, 720-504-3655, until 4:00 pm on the day of the concert.