Gamelan Tunas Mekar is a community performing arts organization based in Denver, Colorado, USA.  For twenty-five years, it has studied and presented new and traditional Balinese music and dance to audiences throughout Colorado. Tunas Mekar has also performed in Santa Fe, NM, Laramie and Cheyenne, WY, Houston, TX and Chicago, IL.

In 1996, at the invitation of the Governor of Bali and Dr. I Made Bandem, Tunas Mekar became the second US gamelan to play at the Bali Arts Festival in Denpasar. 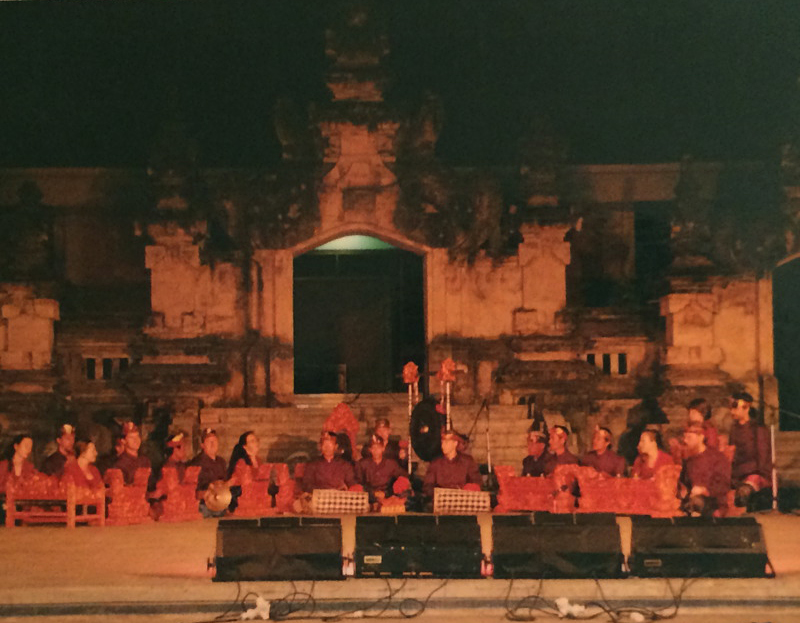 Membership in Tunas Mekar requires considerable commitment from the volunteer participants. Rehearsals have taken place twice a week throughout the group’s history, in houses, apartments and other spaces made available by members. These are intensive learning and playing sessions, as the music must be memorized and performed without notation. Performances require further dedication, with individual members altering schedules and traveling to venues.

The history of Balinese music in Colorado began in 1974, when the Colorado Women’s College purchased a four-note gamelan angklung, which was found stored and unplayed in Karangasem, Bali, and had it shipped to its campus in northwest Denver.  This angklung is thought to be the last village owned gamelan to be allowed to leave Bali by the Indonesian government for reasons of cultural preservation. 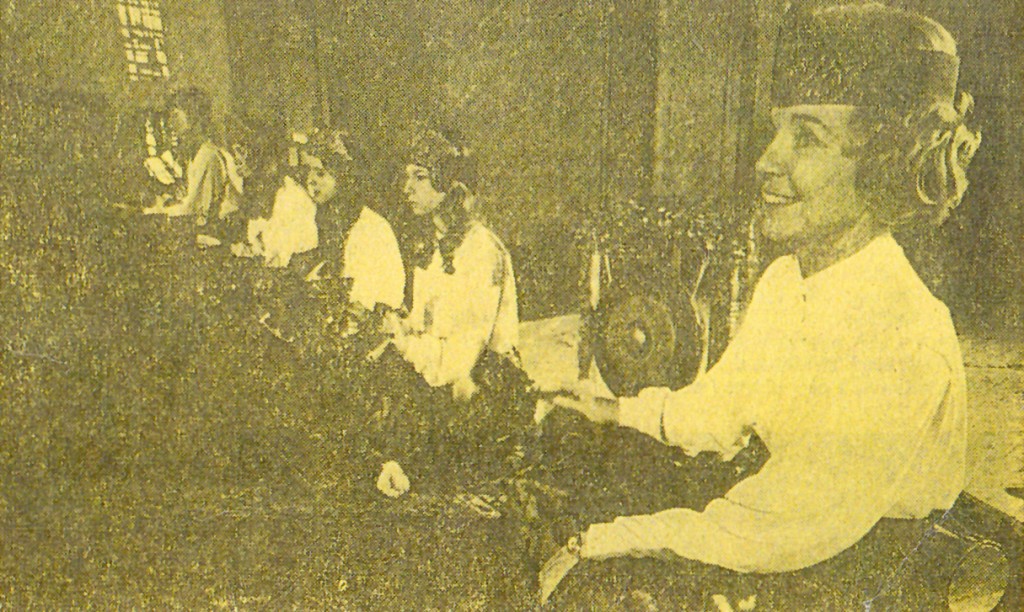 It was the intention of the College, as expressed in the grant proposal that led to the gamelan’s acquisition, to introduce a cultural example of communal cooperation to the College, to Denver and the rest of Colorado. Those most involved in the process believed that the example of gamelan could foster better relations, togetherness and a sense of community in disparate parties through the “artful presentation of a culture that was outside of any of the party members’ cultures.”

The Women’s College maintained an active gamelan program until its closure in 1980, at which time the University of Denver acquired the instruments.  For the second time in its existence, the angklung was placed in storage, until rescued from obscurity in 1988, when a group of local musicians was granted the instruments by DU. During a 1990 visit to Bali by six of the original members, the group was given the name Gamelan Tunas Mekar by I Made Madri of the village of Pengosekan. “Tunas” means “a stored bit of life force, such as a seed or a floral bud,” and “mekar” means “to put forth or bloom.”

In 1992, Tunas Mekar was invited to perform in Aspen, CO by I Ngurah Suparta, the Cultural Attache to the Indonesian Ambassador in Washington DC.  A Balinese drummer, composer and teacher was brought from his post at San Diego State University to help the group prepare for its first time accompanying Balinese dancers. This musician, I Made Lasmawan of the village of Bangah, relocated the following year to Colorado to teach at Colorado College, and has been Tunas Mekar’s Artist-in-Residence ever since. 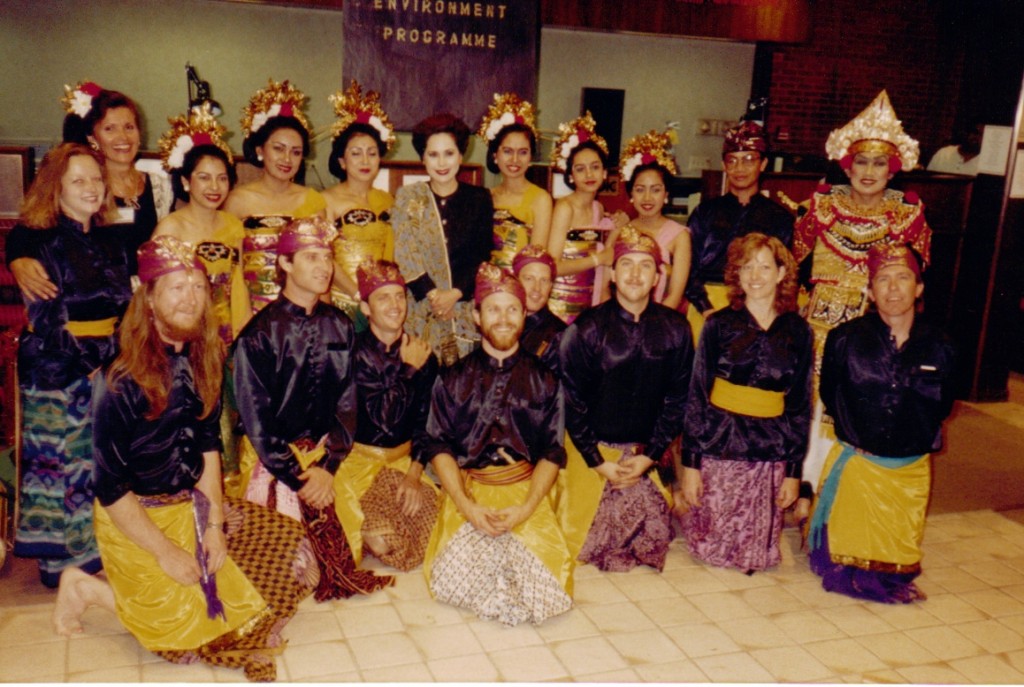 Pak Lasmawan’s wife, Ni Ketut Marni of the village of Singapadu, joined Tunas Mekar upon arriving in Colorado in 1998, and since then she and the couple’s sons have performed with the group as dancers and musicians. Ibu Marni began teaching Balinese dance at several regional colleges and at her own dance studio, and brought an new aspect of authenticity and excitement to the performances of all of the gamelans Pak Made directs. 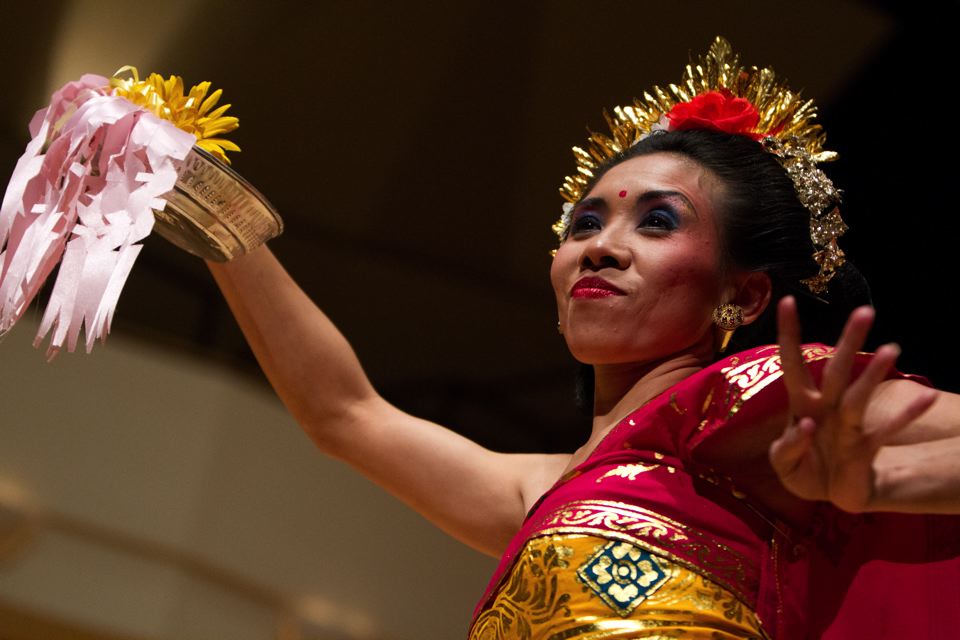 In 1999, Tunas Mekar commissioned the building of a gamelan semaradana, a new kind of orchestra combining several tuning systems. Tunas Mekar became the second group outside Bali to possess such a set of instruments.

In the years since its beginnings, Tunas Mekar has had over a hundred members, and has presented more than four hundred and fifty performances. The group has built a repertoire of over fifty instrumental and dance pieces, and has brought dozens of Balinese dancers and musicians to Colorado to perform and hold public workshops. 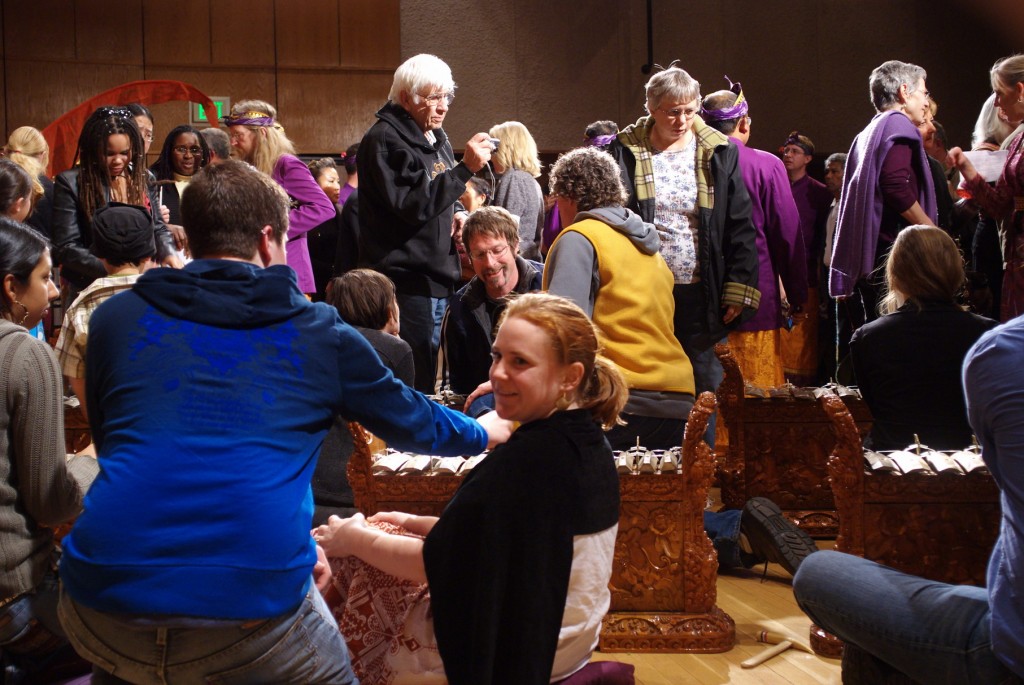 Aprés Show. Members of the audience come up to the stage to talk to members to Tunas Mekar and to try out the instruments.

Four Tunas Mekar members formed a gender wayang shadow play ensemble in 1993, and perform together under the name “Catur Eka Santi,” which translates as “Four Becoming One In Peace.”

Tunas Mekar’s 1996 Bali Arts Festival performance continues to be televised throughout Indonesia to this day, and the group’s influence extends as far as Antarctica.  In 1990, a Tunas Mekar member working at McMurdo Station built a gamelan angklung out of electrical conduit, and the McMurdo Village Gamelan was the first group to perform at the first Icestock, Antarctica’s only annual outdoor music festival. 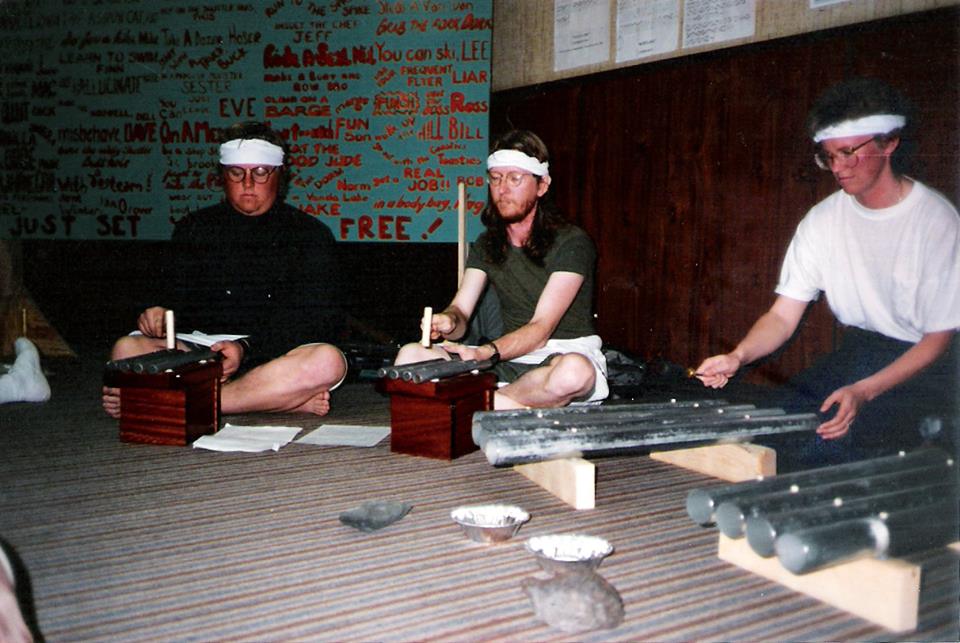 Next: Description Of The Music Of The Balinese Gamelan